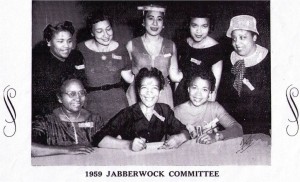 Omega Sigma attracted Deltas from states all over the country. Bay Area employment, with high wages because of World War II, caused a tremendous influx of Delta women who became affiliated with Omega Sigma Chapter.

Omega Sigma grew by leaps and bounds and within a few years, there were so many members that their homes were unable to accommodate all of them for meetings. The members then discussed the feasibility and possibility of chartering a chapter in San Francisco, and thus, Gamma Phi Sigma (San Francisco Alumnae) Chapter was born.

13 current and past chapter members expanded their leadership for Delta beyond the local chapter and became elected National and Regional officers. We are so proud of the accomplishments of:

In March 2009, BBAAC celebrated, in grand style, 75 years of service to the Bay Area community anniversary with events in Oakland, CA. The theme was “In Full Stride at 75”. The Diamond Jubilee Gala Celebration was held on March 28, 2009 at the Oakland City Center Marriott. Over 400 guests, including 14 of the chapter’s past presidents were in attendance. Activities included dinner, dancing, live entertainment and a historical montage chronicling the Chapter’s evolution.  Distinguished 17th National President, Mona Humphries Bailey was the featured guest for the evening.

Today, 125 members of the Berkeley Bay Area Alumnae Chapter work to carry out our Sorority’s mission.